Powershell Show Me How for Veeam

Introducing a small new Powershell tool that will show you how to code Powershell with the Veeam PSSnapIn. It actually uses the SnapIn to generate dynamic code. For example in the screenshot below, you will see that the tool has extracted the options from a Job. 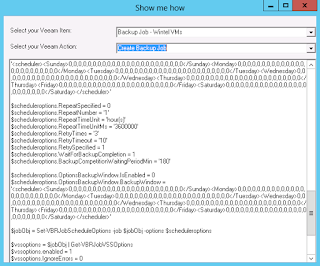 Hence you must run the tool on a Veeam Server to get the best results. Notice that the code is 0.04 and I only tested it on one server so watch out running it on any production server.

That being set, you can actually extend the tool by creating additional XML code in the scriptmap.xml. The scriptmap follows a simple structures

The script is not signed so you might have to put your executionpolicy on remotelysigned and unblock the file.

Unblocking the file can be done via the properties of the ps1 file. 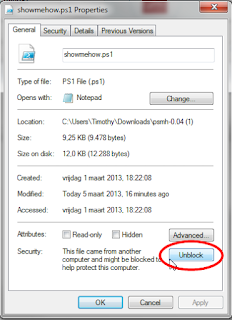 You can read more  about this here

Posted by Timothy Dewin at 8:58 PM