Maybe one of the biggest new hidden gems in VBO365 V2.0 is in the Powershell cmdlets. You can now move data from one repository to another. Why is that important? Well retention is defined on a per-repository level. Imagine Alex. Alex is just a regular employee but recently got promoted to upper management. In terms of backups, that means Alex his emails become super important! So instead of 2 years, we now need to keep Alex his emails forever.

In previous versions, you could have just excluded Alex from one job and included Alex in the appropriate job. However, that would mean that you would have to download all the data again. In v2, there is a simple commando to do this called Move-VBOEntityData.

Before we can use this command, we first need to prepare some variables. First we need to get the source repository and the target repository. In my case repo2y and repoinf. Then we get Alex with Get-VBOEntityData. 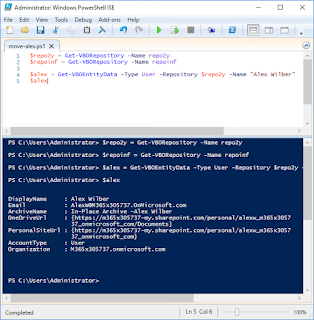 Now we can actually move Alex to a new job. Make sure the source and target job are not running before you moved the data. 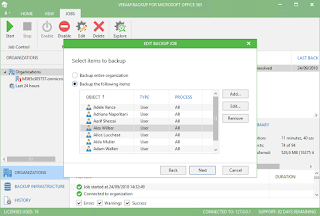 Alex is in the job 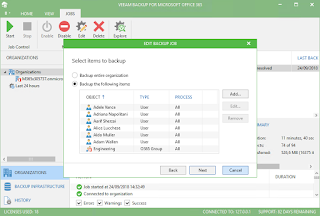 And now Alex is gone! 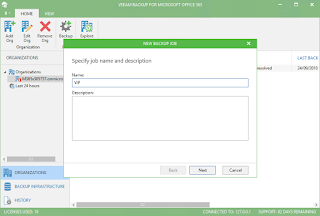 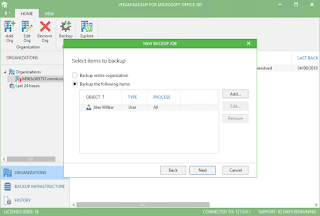 Pointing to the new repository 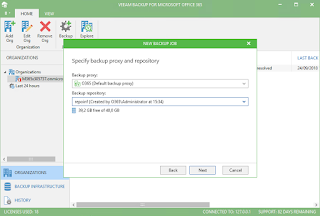 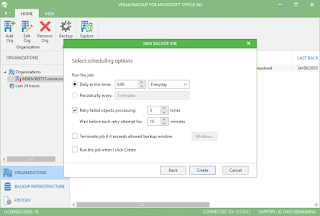 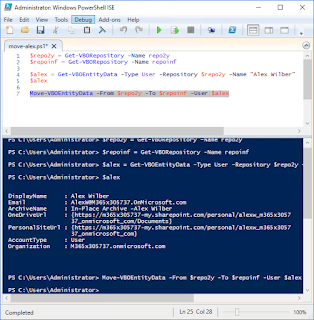 If you now start the job, you will notice that it processes the items but it doesn't have to write anything to disk because the data is already there. Basically, it checks if all the data is there but doesn't download it again 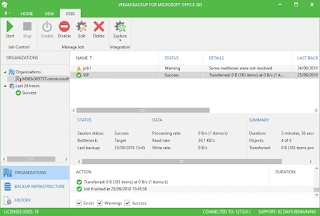 And we can actually see that nothing is being download in the logs itself (default is "C:\ProgramData\Veeam\Backup365\Logs") 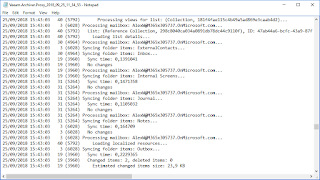 For those looking to remove data instead of moving it, notice there is also a Remove-VBOEntityData now. For those wanting the complete code (although pretty trivial), you can check out this gist on github

Posted by Timothy Dewin at 4:19 PM