Get your offline RPS version

Some people have asked me in the past, is there a way to get RPS offline or to export it's result. In previous versions I tried to add the canvas rendering (basically generating a PNG) or generate an URL that you can share with your colleagues. However, for a lot of people this does not seem to be enough. Enter RPS-offline...

RPS-offline can be download here. The source code itself is on github. If you have a Mac or Linux, you should be able to compile it with GO(lang). Once you have download it, my recommendation would be to extract the tool in c:\rps-offline. This is not a strict requirement, but you will see why later

The first time you run the exe (or the bat file), it will download a zip (latest version from github) and start a local server, redirecting your browser to it 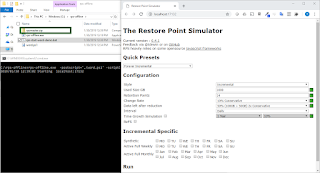 The next time the binary runs, it will detect the zip and it should not require any network connection.

But of course that's not all. When you have done a simulation, you can hit the c key (csv). It will export the data to a csv file. You can also push the j key (JSON), which will export the data a JSON file. Why JSON? Well it allows to export more data fields in a predictable way and a lot of scripting language can easily import it. That's why, you can also run a postscript after the JSON is generated 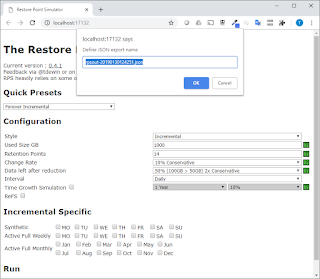 And this is where the .bat files comes in to play. It will tell rps-offline to run a script called Word.ps1. I'm not really planning on extending this script. The Word.ps1 is merely a sample script that you delete, change, modify, etc. It does show you one of the possible things you could do e.g generate a word document with Powershell. Of course, this will not work on Linux or Mac, but you are free to run whatever command you want. That's the beauty of not embedding all the code inside rps-offline itself. You will also see that the .bat and .ps1 script refer to the fixed path c:\rps-offline so if you want to store it on another path, make sure to edit the .bat and .ps1 file 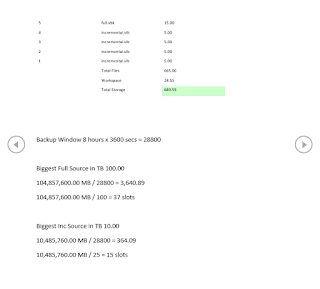 When you are done, push q (quit) to stop the program and the local web-service.

This is of course a first version, but I'm curious if people find it useful or to see if people make other conversion scripts. I could imagine a scenario where you take the JSON output and import it in a DB as well. So please let me know what are you thoughts on twitter @tdewin ! Hope you guys enjoy!
Posted by Timothy Dewin at 1:40 PM